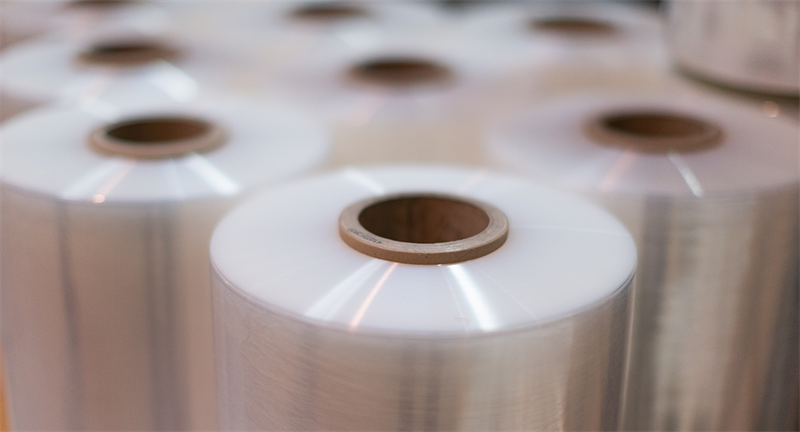 Kiilto reduces the plastic waste of its packaging materials

In accordance with its Promise to the Environment, Kiilto is constantly developing its operations to be more environmentally friendly and more sustainable for the environment. Kiilto has sought to reduce plastic waste generated in the packaging and transport of products, for example by changing its wrapping plastics to thinner and more ecological ones. In Norway, on the other hand, the Modell X project is currently underway, which aims to replace the plastic packaging materials of Kiilto dispensers with paper ones.

About a year ago, Kiilto launched a project aimed at finding a new machine stretch film for the plants in Turku and Hankasalmi, and the warehouse in Raisio. The aim of replacing the film was not only to streamline and increase the efficiency of the sites, but also to find a film that would reduce the amount of plastic used.

The machine stretch film is used to secure the sales batch packages stacked on pallets firmly in place during transport. Each production unit had previously used a different type of film. As the products to be packed and the machines using the film were different at the sites, it was important to ensure that the new film was suitable for use at all three sites.

After several tests, a suitable stretch film for all three sites was found. It delivered the same result as the former films, but with much less material.

The new machine stretch film has been in use for about a year now, and it has already yielded good results. The use of the new film saves about five thousand kilograms of plastic per year, which means not only financial savings, but also less CO2 emissions.

“In today’s world, it’s good to have eyes and ears open for product development. By doing so, we can take up ideas for new solutions that will enable us to rationalize our operations and reduce the amount of waste”, says Terhi Kirri, Kiilto’s Purchaser, who is involved in the project.

In addition to machine stretch film, the products are also packed for transport in partially plastic-free ways. At Kiilto’s dry-mix plant, adhesive is used for palletising 20 kg plastic bags.

“As the plastic bags were launched, we soon noticed that we need adhesive for stacking the bags on the pallet. The bags have a slippery surface, so without adhesive, the pallet patterns would not keep their shape properly during transport, but would easily slip”, says Joonas Kupiainen, Manufacturing Manager.

In addition to the adhesive, plastic film is used to make it easier to keep the pallets together, but above all to protect the products from contamination during transport. However, attention has been paid to the use of the film. The production unit has been using a thinner, new film for six months, which has reduced the amount of plastic waste.

A Modell X project is currently being developed in Norway to investigate the possibilities of reducing and developing the packaging materials of a new dispensing device of the same name.

Modell X is the first Kiilto dispenser to be launched in Norway, which uses its sensor to dispense a liquid, such as soap or disinfectant, directly into hands without contact. The technology itself is not new, but it has been customised to suit Kiilto products.

The dispenser with a plastic shell is packed in a cardboard box. The project team is currently exploring a suitable paper quality that could be used to replace the bubble plastic in the packaging. The pieces of foam previously used as packaging material have been removed. The plastic bag containing the installation kit that comes with the device is also to be replaced with paper.

The goal of the project is to utilize recyclable materials as well as possible, but at the same time make recycling easier for Kiilto’s customers.

“Of course, plastic is also recyclable, but it is a different question whether a tight schedule during installation allows to recycle it properly. Reducing and replacing plastic with cardboard makes recycling easier for the customer”, says Tuomas Jaatinen, Kiilto’s Category Manager.

The exploring of more environmentally friendly packaging materials at Kiilto is not limited to Model X alone.

“We are striving to utilize recyclable materials in other product groups as much as we can. The world needs reliable, environmentally sustainable and innovative solutions”, says Jaatinen.